In terms of doing business Bulgaria is one of the most favourable locations in the EU.

Bulgaria is a member of the European Union (EU), NATO and the WTO.

The Bulgarian economy is ranked 45th in the global competitiveness ranking according to the World Economic Forum (CIF) ranking (2020) which puts the country’s economy at the forefront of other Balkan countries.

Bulgaria holds top positions in Europe for speed of the Internet used in major cities.

Bulgaria has a strategic geographical location- it is located in the centre of the Balkan peninsula and it is only 3 hours flight from all major destinations in Europe, Russia and the Mediterranean region. The strategic location defines its geographical proximity and easy access to Central and Western European countries and facilitates fast connections between main economic centres. Five Pan-European corridors pass through the country, linking Northern Europe to Middle East and Northern Africa.

Due to its location Bulgaria provides direct access not only to the European market but also to other key markets such as Turkey, Middle East and North African Market.

Bulgaria has a stable currency-Bulgarian Lev (BGN) has been pegged to the Euro at the level of 1.96.

In addition, it should be noted that Bulgaria has been in ERM-II since 10 July 2020 which is an important milestone towards adopting the euro.

Numerous other factors contribute to the development of a favourable business environment in Bulgaria, such as:

During the past years Bulgaria has built a reputation of an attractive IT destination mainly for developing software, establishing nearshore centres and outsourcing business processes. Some of the multi-national IT organisations operating in Bulgaria are companies like HP, SAP, Microsoft, VMware and others.

Some of the major factors for attracting international IT investments in Bulgaria are the advanced IT infrastructure, the multilingual and highly skilled tech professionals, as well as government initiatives in the technology and digital field (for example the National Program “Digital Bulgaria 2025”).

Meeting the IT market demands for qualified professionals is ensured with the implementation of ICT-focused curricula in Bulgarian high-schools, backed up with a solid language preparation, with large numbers of universities in Bulgaria offering ICT related programmes, and a range of ICT Certificate programs available in the country. 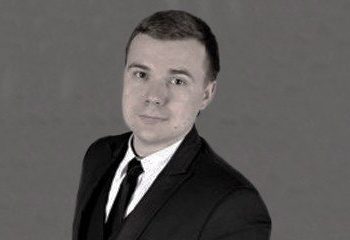